Skip to main content
This is documentation for Thinkwise Documentation 2022, which is no longer actively maintained.
For up-to-date documentation, see the latest version (2023).
Version: 2022

Introduction to branching and merging​

When multiple developers or teams work on different features of an application, branches of a project version can be made for these features via the Project overview screen. Each feature can be further developed separately and, as soon as a feature is completed, it can be combined (merged) with the main project version (trunk) via the Merging screen. This way, a new feature can be developed and tested entirely independently from the rest of the project. 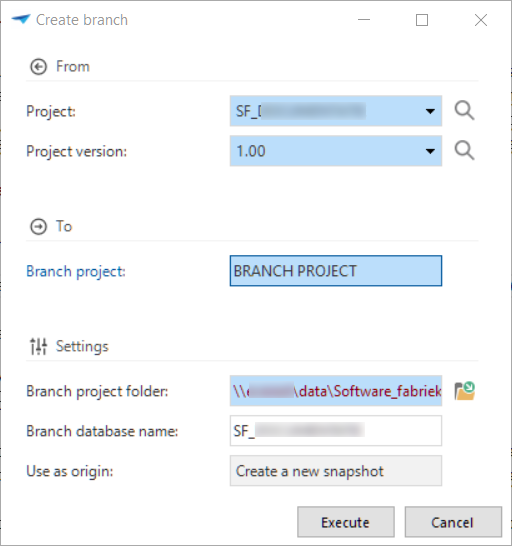 Pop-up for creating a branch

When the branch is created, you can develop it like a regular project by selecting the project and the associated project version in the Project ribbon in the Software Factory.

To further fine-tune your development workflow, it is also possible to create branches for a branch project:

When creating a branch, a snapshot of the trunk is created and will be used as the origin version. The origin version is used internally when merging to determine the changes in both the branch and the trunk.

If multiple branches need to be created from the same trunk version, the snapshot can be reused. This is done by selecting an existing origin version as the trunk version to branch from.

When the branch project is completed and tested, it can merged back to the trunk. This is done using the Create merge session task in the Merging screen. 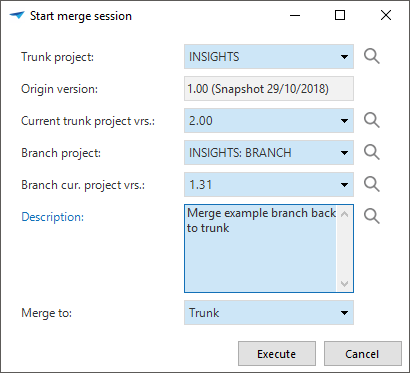 Pop-up for creating a merge session

Select the trunk and branch project version to merge. Any conflicts are identified so that a solution strategy can be defined in the following step. In this situation, only a comparison is made. Because no modifications have yet taken place, you can always return to the previous step.

It is also possible to merge modifications from the trunk into a branch. This way, the merged modifications can be tested in the branch before merging all changes back to the trunk.

Conflicts are presented in the Conflicts tab. When the merge session is started, all actions done in the trunk and the branch compared to the origin version are analyzed.

Conflicts will occur when: 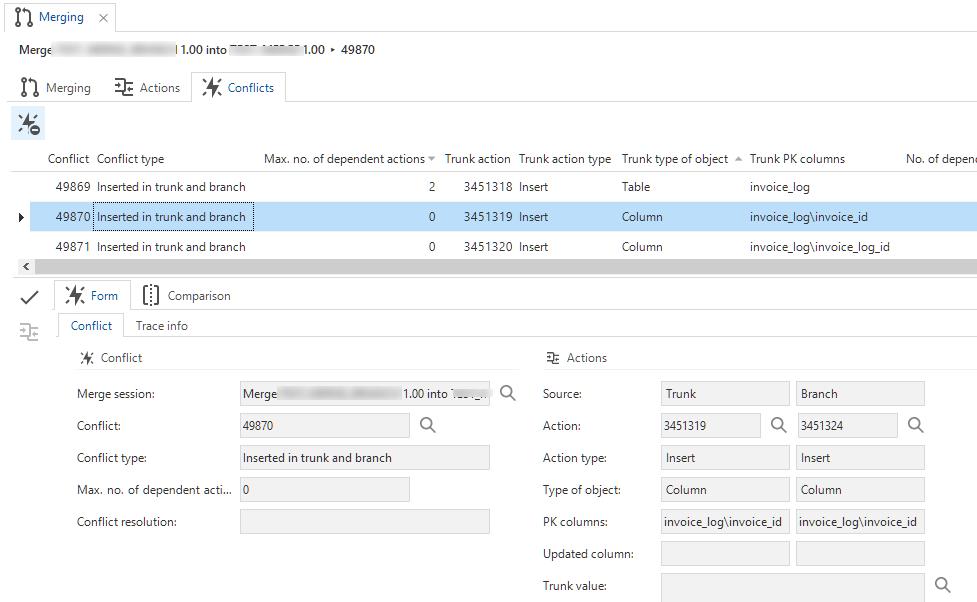 Overview of the conflicts

After the conflicts are detected, they can be resolved one-by-one. It is also possible to resolve several conflicts simultaneously with the help of the Resolve conflict task.

This enables the modifications from the branch or from the trunk to be carried out. There are four options available:

Options 3 and 4 can lead to new conflicts between the dependent actions of the trunk and the branch. These will then have to be resolved.

With the task Compare code, it is possible to compare and merge the different values of a column for the conflicts Dual change and Dual addition with an external comparison table (WinMerge or KDiff3). After saving the file in the comparison tool, the merged text is transferred to the pop-up. By clicking on OK, the value is stored with the branch and the processing set to Only carry out branch. 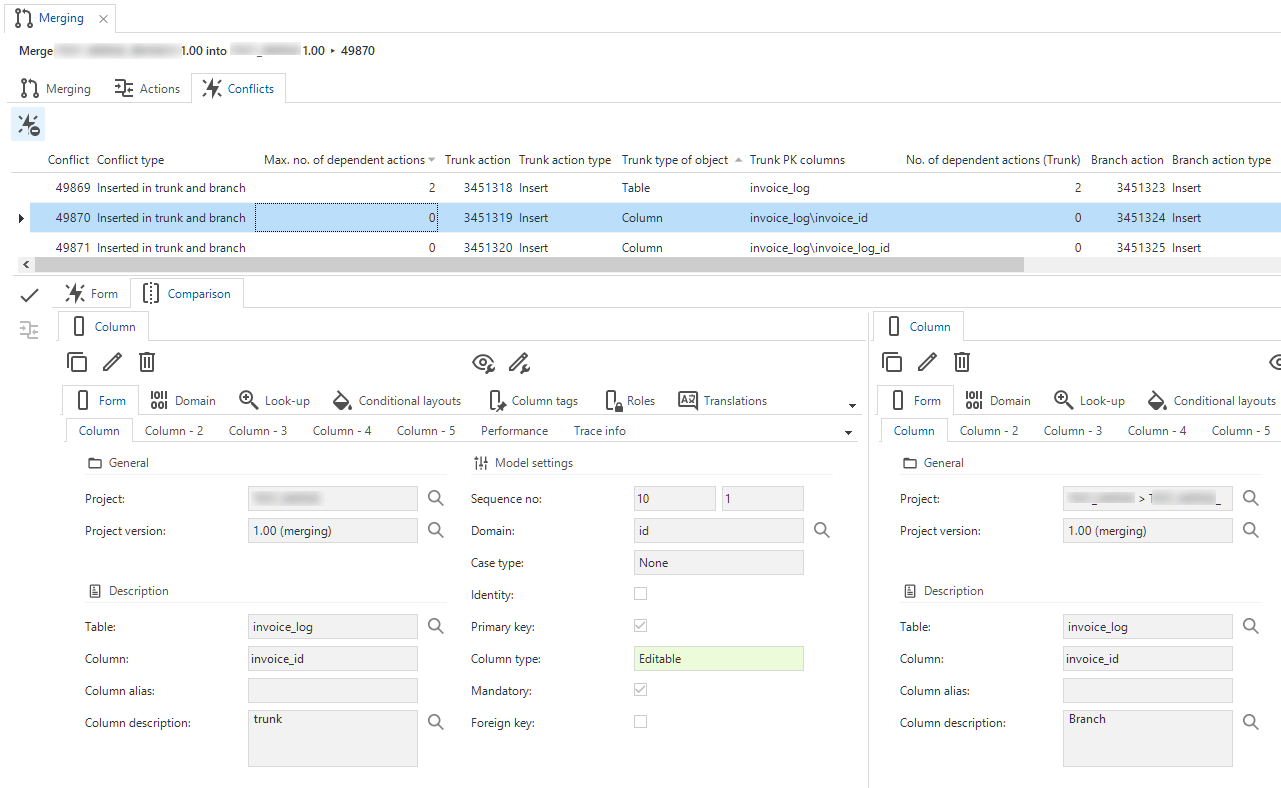 A conflict comparison during a merge session

Only when all conflicts have been resolved: 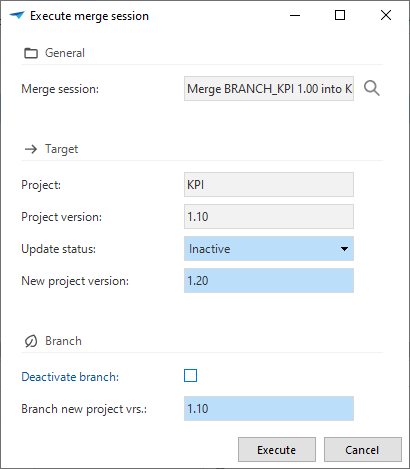 When a merge session has been completed, but the result is undesired, you can undo a merge session. For example, when resolved conflicts do not turn out as intended.